The Carnival of the Animals 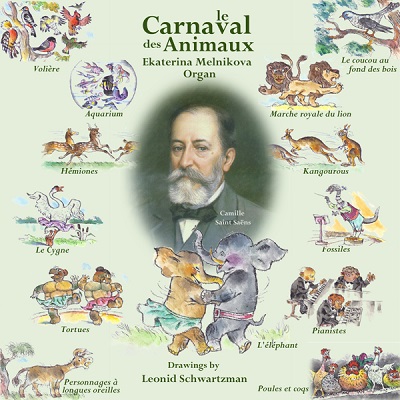 The Carnival of the Animals (Le carnaval des animaux) is a humorous musical suite of fourteen movements by the French Romantic composer Camille Saint-Saëns. The work was written for private performance by an ad hoc ensemble of two pianos and other instruments, and lasts around 25 minutes.

As the title suggests, the work follows a zoological program and progresses from the first movement, Introduction et marche royale du lion, through portraits of elephants and donkeys ("Those with Long Ears") to a finale reprising many of the earlier motifs.

Several of the movements are of humorous intent:

Carnival of Animals. The most famous pieces